Cats don't normally have discharge come out of their tear ducts, but that doesn't mean that it doesn't happen to a lot of cats. If your kitty is having discharge coming out of their eyes, it likely means that they have one particular problem. Here's what you need to know about this condition and its cause.

Eye discharge on rare occasions can be caused by a lot of things, but if it happens on a regular basis, where it stops and starts unexpectedly, it's probably herpes.

You might be wondering how one virus can potentially cause problems over and over again. It's not that your cat is catching it more than once, but that the symptoms are flaring up over time.

With herpes, symptoms can come and go as flare-ups occur. This is why people with chickenpox (another herpes virus) can get shingles later on. With cats, the virus manifests in the form of upper respiratory virus symptoms, like sniffling, sneezing, discharge, and coughing.

There's no way to be sure exactly why your cat is having a flare-up, but it could be due to stress. Stress and a weakened immune system are common triggers for herpes flare-ups in cats.

The good news is, in most cases with healthy cats, the herpes virus doesn't pose any significant threat. While it's unpleasant for the cat and you to deal with, it won't kill your kitty. However, you still might want to seek help for the symptoms.

Veterinarians can perform an examination to make sure that it's a flare-up. If it is, they can prescribe antibiotics to prevent a secondary infection from occurring. In most cases, the cat's own immune system will beat back the virus in a short period of time.

Another thing you might want to do is to bring in any other cats that you have for vaccinations. If they haven't caught the virus yet, it's a good idea to protect them from the cat who has it with a FVCRP vaccine.

Feline herpes can cause a lot of headaches for a cat, but thankfully, it's rarely a lethal condition. Take care of your kitty during this time by heading to the veterinary hospital, and remember to protect your other cats, too. 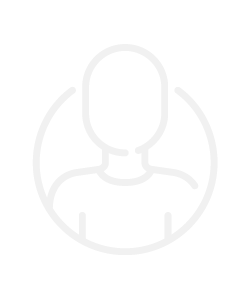 Help Your Best Friend Recover From Pet Oral Surgery
6 December 2022
If your pet is suffering from some tooth issues or other oral problems, you may be looking around for the best option for pet oral surgery in your are …

New Kitten? When to Visit the Veterinarian and Other Essential Cat Care Questions
19 July 2022
If you have recently adopted a kitten, you may have questions about how to best care for your young cat. From the first veterinarian visit to feeding …

What Can A Vet Do For Dogs With Hearing Loss?
8 June 2022
Many dogs develop hearing loss as they age. You may notice that your dog no longer comes when called or that they don't react to noises like they used …